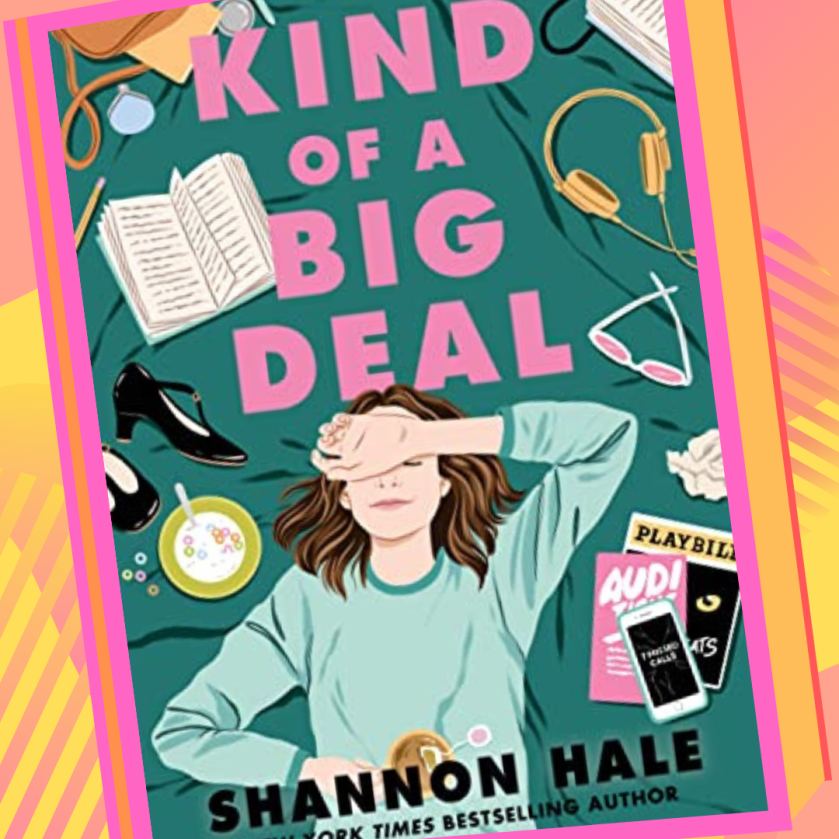 Unfortunately, I wasn’t a big fan of this one!

I really wanted to like Kind of a Big Deal because it was one of my most anticipated reads of the fall, I had heard a lot of hype about it before its release, and hello: that cover!! The concept alone sounds like total clickbait for me: a girl literally gets sucked into the books she reads. But the execution of this plot device and the circumstances surrounding it just really didn’t do it for me.

The protagonist Josie Pie is an interesting character. She is a star performer in high school who drops out at her theater instructor’s encouragement to chase her Broadway dreams in New York City. Unable to make it in the cutthroat world of acting, she moves away for a nanny job. Now, she feels like a failure who peaked in high school.

I really liked this idea of an older YA protagonist talking about the realities of post-high school life. But, for me, Josie just wasn’t the best character to lead this story. While her background was intriguing, she came across pretty unlikeable a lot of the time. I don’t mind a protagonist being flawed (in fact, I typically prefer that), but Josie’s decision-making seemed a bit all over the place. I think I needed a better foundation for who she was in the past in order to grasp who she is now (and how far she’s fallen). The plot seemed to focus on the present day with references to important people in Josie’s lives, who we barely get to see her interact with other than in her imagination.

Plus, the way the narrative shifted between reality and Josie’s adventures in the fictional stories she read was pretty jarring. There wasn’t a lot of continuity or character development within those sections. Then, when you find out why this is happening, it just seemed so out of left field!

Anyone who knows me can attest that I love fantasy, but this really was set up like a contemporary story with just one magical element dropped in there to stir up Josie’s life, so that’s what I wanted from it as the reader. Instead, the story turned into what should have been a much larger, more complex low fantasy plot. Also, not to get into spoilers too much, but I thought Josie’s relationship with her boyfriend should have been explored much more to warrant the ending.

Comparable titles:
Between the Lines by Jodi Picoult
The Library of Lost Things by Laura Taylor Namey
Eliza and Her Monsters by Francesca Zappia